The Museum of "Applied Art" 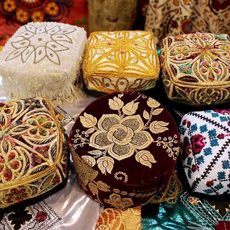 The Museum of applied art, which presents more than four thousand exhibits and items of decorative and applied art (ceramics, gold embroidery, carpets, paintings, silk and jewelry) of the best masters of Uzbekistan, was founded in 1937 on the basis of a temporary exhibition of folk crafts. The Museum is located in the Palace building, once owned by the Russian diplomat Alexander Polovtsev, known for his reverent attitude to architecture and art.

The building is an example of architectural and decorative art. Built at the end of the XIX century, the Palace is very richly decorated from the inside. Architectural decor, ganch carving, wood carving and painting were made by Uzbek folk masters: the Mouths of T. Arslankulov, A. Kazimjanov (Tashkent), the Mouths of Shirin Muradov (Bukhara), the Mouths of A. Palvanov (Khiva), and the Mouths of Abdullah (Rishtan).

During the First world war, this building was home to captured Austrian officers.

In the twenties of the XX century after the revolution, the building housed an orphanage until the mid-thirties.

In 1927, an exhibition of samples of the best works of masters of Uzbekistan was organized in Tashkent. Later, it turned into a permanent exhibition and was named "Exhibition of the national economy of Uzbekistan". Every year, exhibits were accumulated and products of past centuries were purchased: handmade embroidery, skullcaps, jewelry, carpets and other examples of folk applied art.

These works of folk applied art began to be displayed in the "Museum of Handicrafts", opened on July 7, 1937 in Tashkent.

Since 1938, the building housed a Museum.

In 1960, it was named "Permanent exhibition of applied art of Uzbekistan".

In 1970, the Museum building was reconstructed.

In 1997, the Museum was transferred to the Ministry of culture of the Republic of Uzbekistan and received the status of "State Museum of Applied art".

Currently, the Museum's treasures contain pearls of applied art created by masters from the first half of the XIX century to the present day.

The exhibits stored in the Museum's treasures can be divided into 3 groups: works of applied art created on the basis of ancient traditions and belonging to well-known schools; works enriched with artistic ornaments created since the second half of the twentieth century, taking into account the traditional methods of folk artists, and the third group, consisting of works of modern art decorated with colorful ornaments based on the development of modern applied art.

The exhibits collected in the Museum's storerooms are stored in collections divided into 20 items, and are displayed in expositions for these types. 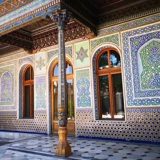 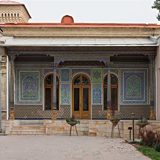