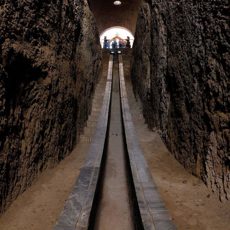 Ulugbek Observatory in Samarkand is a historical monument and one of the outstanding observatories of the middle Ages. It is not for nothing that Samarkand is called a Museum city filled with a large number of historical monuments. Since ancient times, the majestic city has been positioned as a powerful political, religious and cultural center.

The history of the Observatory's creation goes back to ancient times and is inseparable from the name of the famous scientist astronomer Mirzo Ulugbek. Few people know, but Muhammad Taragai (the name given to Ulugbek at birth) was the grandson of the famous ruler Tamerlane. The genius and greatness that distinguished Ulugbek, apparently, was inherited by his grandson from his grandfather. But, unlike his famous ancestor, Ulugbek gravitated to a peaceful life, and fought exclusively in the scientific field, from an early age gravitating to knowledge, engaged in self-education from a young age. In more Mature years, Ulugbek studied Sciences with famous scientists and philosophers of that era.

One of the turning points in the life of the young Muhammad happened during a trip to Sultania, where he went with his grandfather. From the inquisitive gaze of the young man could not hide the unusual structure that turned out to be the building of the Observatory. Perhaps at this moment Ulugbek's dream of building an Observatory in his favorite city of Samarkand appeared. In the first years after his accession to the throne, Muhammad Taragai ordered the construction of the Observatory building to begin.

The construction of the monumental structure began in the last months of the autumn of 1420, which lasted for more than three years. Ulugbek put his teacher Rumi at the head of the masters who participated in this Grand project. At the end of the main construction work, the building was to be equipped with devices for observing the starry sky. The execution of this important task was entrusted to the famous scientist Jamshid Kashi, who became the Manager of the Observatory after the start of its work. It should be noted that Ulugbek often visited the star house, spending all his free time within its walls.

To date, the Observatory building has not been preserved in its former form. According to the conclusion of scientists engaged in research, the structure was built in the form of a cylinder, the height of which was about thirty meters, the diameter of the structure-about 46 meters. The walls were decorated with exquisite paintings and mosaics. The radius of the measuring instrument used to measure the height of space objects was just over 40 meters. The device is perfectly preserved, being in the underground level of the Observatory.

Near the location of the Observatory building, the Mirzo Ulugbek Museum was founded, which opened its doors to the public since the end of 1964. Among the exhibits are photographs from the excavation sites and fragments of frescoes depicting some periods of the ruler's life, tools used by scientific astronomers and other items found at the research site. In front of the Museum building, a monument to the glorious ruler was unveiled in a solemn ceremony in 2010. 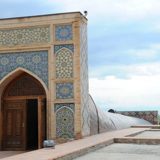 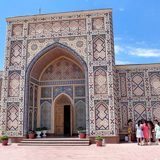