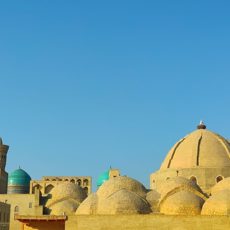 In the XVI century, the Sheibanid dynasty came to power in Central Asia. Seizing the pearl of the East - blessed Bukhara, the Sheibanids made it the capital of their state. From this moment begins the rapid flowering of the city, starts mass construction. The domes of covered bazaars built during this period became a symbol of Bukhara and a reflection of its importance on the great Silk Road. These domes, called “Taki", were erected at the intersection of 2-3 busy streets, directing the movement of people, unloading the main highway and organizing trade. Around the Central space under the dome were located trade shops and workshops of local artisans. To date, only four trade domes have been preserved.