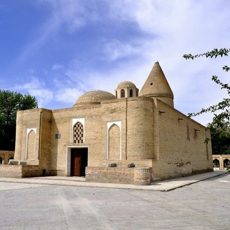 The name of the mausoleum of Chashma-Ayub in Bukhara (and the well of the same name) is translated as “The Source of Job”. In Arabic, Job sounds like Ayub. The place is sacred to three religions. According to legend, even before the construction of the city of Bukhara on this site, the prophet Job came to the settlement. Locals at this moment were dying of thirst. They prayed to God for salvation from the drought. Job, heeding the requests of the suffering people, hit the ground with his staff - and at the place of the impact a well appeared with pure cool water.

Thanks to its magical appearance, local residents have been attributing new wonders to the well from century to century. It is believed that the water from the well is healing and capable of fulfilling wishes. At this place, the Orthodox Church of Bukhara regularly reads akathists.

The building of the mausoleum rises directly above the well. Sacred water from a well is extracted in the old way - using a bucket on a rope. The structure has the shape of a prism. The architectural masterpiece of Chashma-Ayub is decorated with majestic domes, different in shape. The main dome, resembling a double tent, is located exactly above the source. The ascetic architectural appearance without color domes and ornate patterns very distinguishes the mausoleum from many other similar structures of the city, more solemn and openwork. Chashma-Ayub is filled with a mysterious charm of simplicity that captivates guests of Bukhara.

The construction of the mausoleum was during the reign of the Karakhanid dynasty in the 12th century. Two centuries later, Amir Temur decided to continue the work begun by his predecessors and hired the best craftsmen to transform and improve the building. The architects who worked on creating the magnificent appearance of the architectural monument were brought from Khorezm from Shakhrisabz, their individual unique style can be traced in many features of the structure.

For five centuries, from the 14th to the 19th century, the mausoleum was reconstructed and remade more than once. On its territory there are a number of burials. The most ancient of them is considered the grave of Khoja Hafiz Gunzhori. The famous scientist and theologian was buried here in 1022.

Today the mausoleum is interesting not only with ancient tombstones, but with the Museum of Water. From museum exhibits, one can study in detail how the process of formation and establishment of water supply in the region took place. Here you can see water pipes made of ceramics dating from the 18-19th centuries, a huge variety of all kinds of containers made of leather, glass and other materials, which were intended strictly for water; models of the reservoir and other objects. In the museum you can trace the history of water supply for 10 centuries. Also, the history of the Aral Sea tragedy: with maps of the upcoming desert and sad photographs, is graphically shown in the Museum of Water. Of great interest to tourists is the unique carpet exhibition, which is held on the territory of Chashma-Ayub. 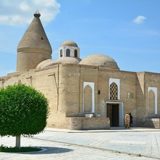 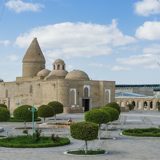