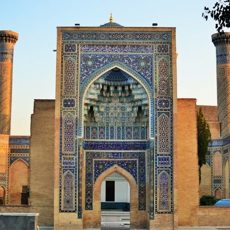 The complex of mausoleums and tombs in Samarkand is included in the list of UNESCO cultural heritage sites. Shahi-Zinda largely reflects all the historical centuries of the city's development and is a huge religious monument. Among the local population, it bears the rather grim name "cemetery street", but in fact has no resemblance to the cemetery.

Here are majestic mausoleums with the remains of rulers, relatives of Timur, thinkers and wise men, saints and philosophers. Numerous tombs were created by ancient architects and artisans who made every effort to make their creations look flawless and could last long.

In ancient times, this complex was one of the most important religious and cultural centers throughout Central Asia. In the Islamic world even allowed to replace the pilgrimage to the great Mecca by visiting Shahi zinda, where, according to legend, the remains of the great preacher rest. They belong to Kusam-Ibn Abbas, a cousin of the Prophet Muhammad. This preacher arrived in Samarkand in 676 to instruct the locals on the path of the true Islamic faith. The drama that unfolded here after the sudden attack of a group of pagans from the city of Pejisent, has been brought to this day in the form of numerous legends and stories.

According to one version, Muhammad's cousin was killed by a bow shot, which caught him during prayer. According to another version, the preacher managed to quickly disappear into the minbar gap. Another version of the unfolding events - the version that Kussam managed to hide in a well, which he pointed to St. Khizr. Many samarkand residents still believe that the preacher is still hiding in this well, avoiding the human world.

According to another legend, Kussar Ibn Abassa was executed by the pagans, beheading right next to this well. But before his death, he miraculously drank "living water" and survived. Thanks to this water, he even became immortal and still lives in Samarkand. It is noteworthy that the name of the complex of tombs of Shahi Sinda roughly translates into our language as "immortal king." And the inscription on the tombstone of the prophet's brother reads: I do not consider those who were killed on the way to Allah to be dead, for they are immortal..." 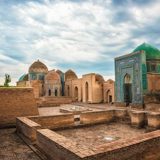 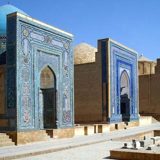