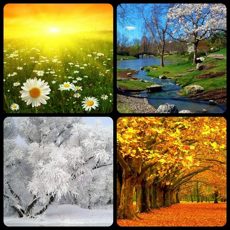 Geographical position of Uzbekistan, located far from the oceans and seas, in the inner part of the Eurasian continent, determines the continentality of its climate. The continentality of climate is expressed in cloudless weather for most of the year, high temperatures in summer, in a small amount of precipitation, in large evaporation of moisture, in prolonged and hot summer, and in relatively cold for these latitudes in winter, in large daily and annual air temperature amplitudes. These features of Uzbekistan's climate were formed under the influence of climate forming factors.

Climate-forming factors. The formation of the climate of the republic is affected by its geographical location (in the south of the temperate and in the northern subtropical belt), the intensity of solar radiation, the circulation of the atmosphere, the terrain.

In the formation of the climate of Uzbekistan, atmospheric circulation plays an important role. In winter, from the north and north-east, Arctic cold air masses penetrate the territory of Uzbekistan and reach the southern borders of the republic. As a result, it is clear and cold weather.

In winter, air fronts of temperate latitudes are formed over the territory of Uzbekistan and cyclones are formed, precipitation falls in the form of rain and snow.

In summer, the local Turanian tropical air mass is formed on the flat part of the republic. The air becomes dry and hot, saturated with fine dust. Here a low pressure region is formed, which facilitates penetration of warm and moist air from the north-west and west. However, this air quickly heats up, and precipitation does not drop out.

The mountains located in the eastern part of the territory retard these moist air masses, as a result of which precipitation falls in the foothills and mountains. In summer, the air is cooler in the mountains, the rain falls more, the winters are cold, long.

The formation of the climate of Uzbekistan is also affected by the relief. The territory of the republic to the north and north-west is open. As a result, in winter, cold air masses from the north and northwest freely penetrate into the territory of Uzbekistan. Closed terrain mountains from the south, in turn, prevents the penetration of warm tropical air. In the mountains in summer compared to the plains is relatively cool and more precipitation falls, winter is cold and prolonged.