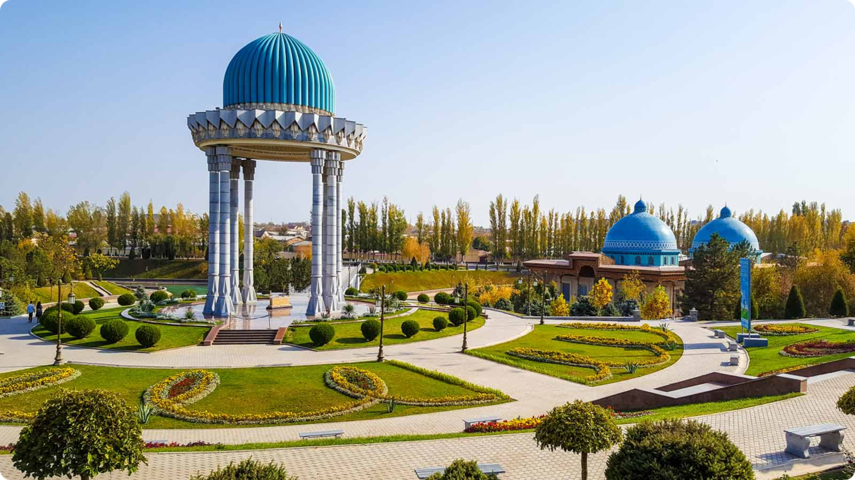 Tashkent is the capital and the largest and most modern city of Uzbekistan. Tashkent is the most populated city not only in its own country, but also in the entire Central Asia. It is one of the 5 most populated CIS countries. Today, the population of Tashkent is 2.5 million people. The city is the main center of science and economy of the country. In addition, it is an important transport hub for all types of transport.

In Tashkent, you can find a lot of madrasas (religious schools) and mausoleums, parks and theaters that are distinguished by their peculiar Eastern beauty. It is worth knowing that most of them were once destroyed. Subsequently, the structures were restored in order to preserve the cultural heritage.

As for the geographical location, Tashkent is located at an altitude of 440-480 m above sea level in the valley of the Chirchik river (translated from Uzbek — "noisy"). The area of the city is 334.8 km2. Not far away are the spurs of the Tien Shan mountains.

In the history of Tashkent is known from the II-I centuries BC in the XIV—XV centuries. it was part of the famous Empire of the conqueror Tamerlane (Amir Temur). 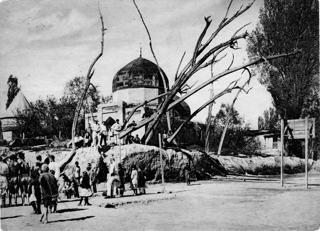 In the XVI century the town passed into the control of Sheibanids Dynasty, a family which descended from the notorious Genghis Khan. In 1568, the city was attacked by Kazakhs. In 1598-1604, Tashkent was ruled by Keldi Muhammad. Around 1630, the city received the status of the Khan's residence of the rulers of the Kazakh khanate. Later, in 1784, the ruler of the Sheikhantaur district named Yunus Khoja United the city, thus creating a sovereign Tashkent state. After his death, the newly formed state fell under the yoke of the Kokand khanate. 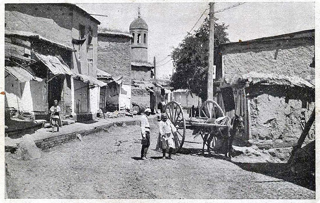 This happened in 1807-1808. During the reign of the Kokand khans, the city was surrounded by a wall made of Adobe-earth mixed with straw. Its total length was 20 km. There were also 12 gates in the wall. A deep ditch had been dug from the outside of the wall. The Foundation of the new city began in 1865, during the capture of the city by the troops of the Russian Empire. The dividing line between the old and new parts was the Ankhor river.

In the same year, the city was recognized as part of Russia. Since 1967, 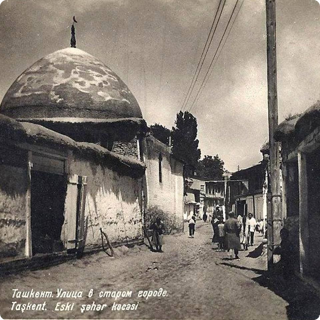 it has received the status  of the Governor-General and the center of Turkestan. It was here that the residence of the Governor-General was located at that time. The Central Asian railway station, the administrative and commercial-industrial center of Russia in Central Asia, was also located here. By the way, Tashkent is still divided into 2 parts. Once in the old city, you can wander through the shopping malls and look into the workshops of artisans in order to get acquainted with the developed types of craft art. The new city, in turn, is the location of industrial facilities, parks, public institutions and entertainment complexes, along with shopping centers.

Including the second half of the XIX century. the city also had a market (Bazaar) where you can buy slaves. Slaves were also exchanged for livestock and various items. At that time, horses and camels were valued much more than people.

In 1905, the combat team numbered 80 people. under the leadership of A. Buzansky, who belonged to the party of social Democrats, she prevented attempts to organize a Jewish pogrom, 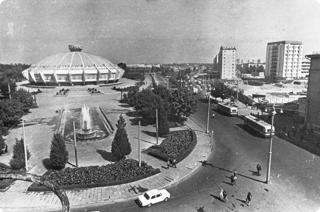 which at that time were not uncommon. In 1917, an attempt was made to mutiny. Members of the Council of soldiers and workers acted as invaders. Representatives of the Provisional revolutionary Committee also participated. The attempt ended in failure. In October of the same year there was a coup organized by the left social revolutionaries and representatives of the Bolshevik party. In November 1917 the city became a stronghold of Soviet power on a regional scale. A year later, the city had the status of the capital of the ASSR of Turkestan. In January 1919, the Osipov revolt was organized in Tashkent under the leadership of K. Osipov — Minister of war of the Republic of Turkestan. In the spring of 1924, the Central Executive Committee of the RSFSR awarded city proletarians. The reason was the suppression of the above-mentioned revolt by city workers.

In the same year, there were disputes over Tashkent. This happened as a result of the division of the borders of the Central Asian States. In the autumn, the territory of the Syr Darya region in most of its parts was transferred to the possession of Kyrgyzstan and Kazakhstan, or rather — the specified part of the ASSR. Approximately 1/3 of the Tashkent uyezd and Tashkent itself were transferred to the administration of the Uzbek SSR. In 1930, Tashkent officially became its capital. Previously, this status belonged to Samarkand.

During this period, Tashkent became a major evacuation center. 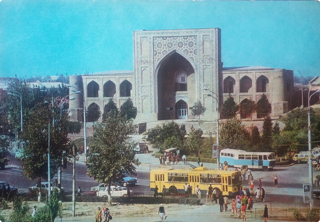 Here were successfully migrated a variety of businesses. Naturally, many people moved here at that time. Among them, of course, were many famous personalities. As such, we can single out the poet A. Akhmatova, the actress F. Ranevskaya and K. Chukovsky. At that time and until 1991, Tashkent was the fourth largest city in the USSR. Its population was 2 million people. In the autumn of 1991, after Uzbekistan acquired the status of an Independent state, Tashkent was recognized as its new capital. In 2009, the city celebrated its 2200th anniversary and 25th anniversary of independence.

The climate in the city is mixed, as it is located on the border of the subtropics and the temperate continental belt. In this regard, the climate here is more humid than in other regions of the country. The city receives approximately 440 mm of precipitation per year. sediments'. Summer in Tashkent is very hot and dry. The air temperature in the shade in the summer can reach 40 degrees. The most dangerous time during the "chilli" period is the hottest time, lasting about a month. At this time, you should not go out without a hat and water.

You can take a ride around the city by minibus or bus, as well as by taxi or metro. By the way, small-capacity Isuzu buses run much faster than their more spacious "colleagues" of the Mercedes-Benz brand. You can order a taxi through the call service or catch it yourself. It's half the price.Trolleybuses do not run in the city. They were officially decommissioned in the spring of 2010. Tram traffic was also discontinued in the spring of 2016. The metro and bus fare is 1400 soums. On minibuses-1500-3500, depending on the route.

There are 2 domestic and international railway stations in the city. The end station of trains of the internal messages: hodjikent, Khavast and "Tukimachi".

Separately - about the city's metro. Its construction began in 1968-970. The first line (Chilanzarskaya) was launched in 1977. Today the line has 12 stations. A total of 3 lines and 29 stations have been put into operation at the moment. Today, the Tashkent metro is the most beautiful in Central Asia. Previously, from 1980 to 1991, it was called the "Tashkent metro named after V. I. Lenin". Also today in Tashkent is an active construction and the ground station, which is also shocking in its beauty.

What languages are spoken in Tashkent?

The official language of Uzbekistan is Uzbek. For international communication in Tashkent, the Russian language is mainly used. Maps and tourist information, restaurant menus, and signs in Tashkent are usually in Russian, but also for the convenience of foreign tourists, the inscriptions are translated into English, and there are English-and Russian-speaking guides in museums.

English is not as common as Russian, but still in hotels, restaurants and other tourist places in Tashkent, you will definitely find someone who speaks English.

In Tashkent, in addition to the national currency of Uzbekistan, the most popular foreign currency is the us dollar.  This is followed by the Euro. Russian rubles are not so common, and their exchange rate can often be lowered.

To date, exchange offices operate in hotels, as well as in all banks and their branches. In addition, there are ATMs in the capital that accept Visa and MasterCard cards.

Tashkent is a quiet and safe city both for traveling alone, and for family or group holidays. Security officers are fully responsible for all visitors and travelers to Uzbekistan.However, do not forget about basic caution and do not leave your belongings unattended.

For shopping lovers in Tashkent there are many shopping and entertainment centers such as: "Samarkand Darvaza", "Mega Planet", "Next", "Parus", "Compass", "Atlas", which are equipped with coffee shops, cinemas, playgrounds and accommodate many brand stores.

The most popular markets among tourists are Chorsu and Alai, where you can do shopping in an Eastern way.