The Ferghana Valley is an incredible place in the republic, enchanting not with the heritage of history, but with the uniqueness and beauty of nature and mountain ranges.
The cities included in the Ferghana Valley will surprise you not with the history of the conquest of the rulers of the Middle Ages, not with the centuries-old architectures that have been preserved there to this day, but rather with the creativity and skill of craftsmen who do unique things. For example, the descendants of the great masters of pottery of the East live and create in Rishtan, and in Margilan, silk is weaved so soft and light that it resembles clouds in structure. Each city is unique and unrivaled in its own way. 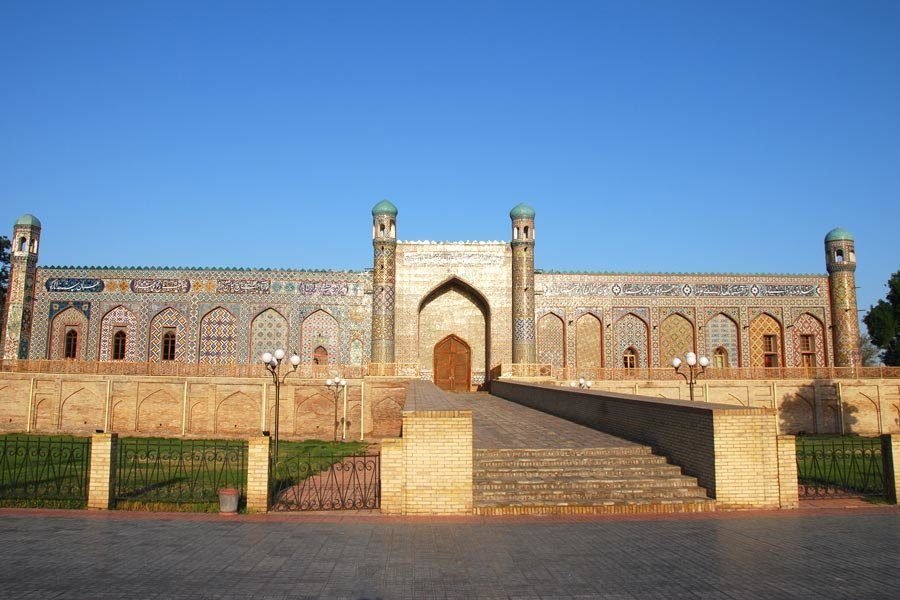 doyar-Khan Palace  - the main architectural and historical attraction of Kokand. The majestic and original building serves as a reminder of the last ruler of the Kokand Khanate Khudoyar. Travelers are most impressed by the appearance of the palace - monumental and luxurious, as if it came down from pictures of oriental tales. More... 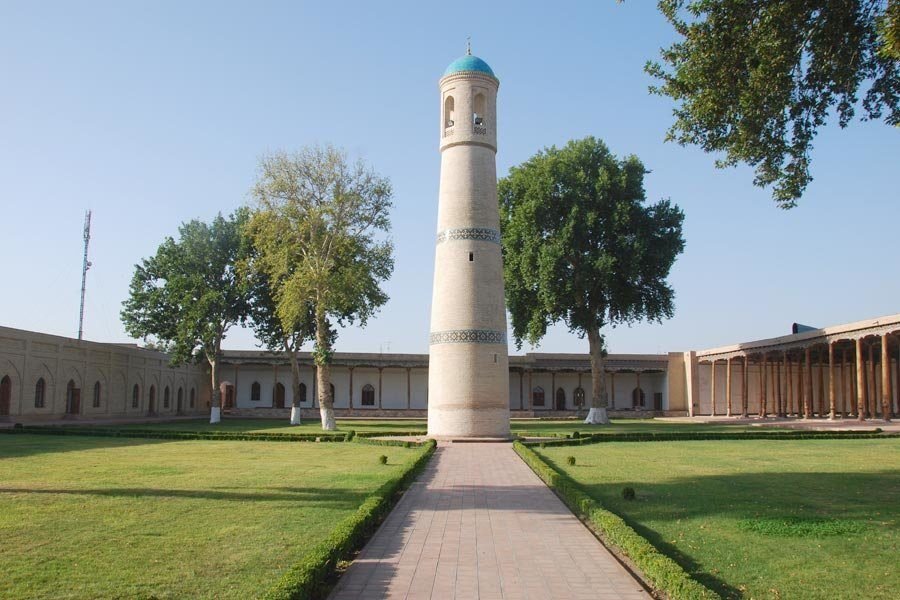 Jami Mosque - the main cathedral mosque of Kokand was built in 1818, during the heyday of the Kokand Khanates. It was then that a large number of new buildings appeared in the city, a citadel was built, many mosques and other religious buildings were erected, which are the sights of the modern city. More.... 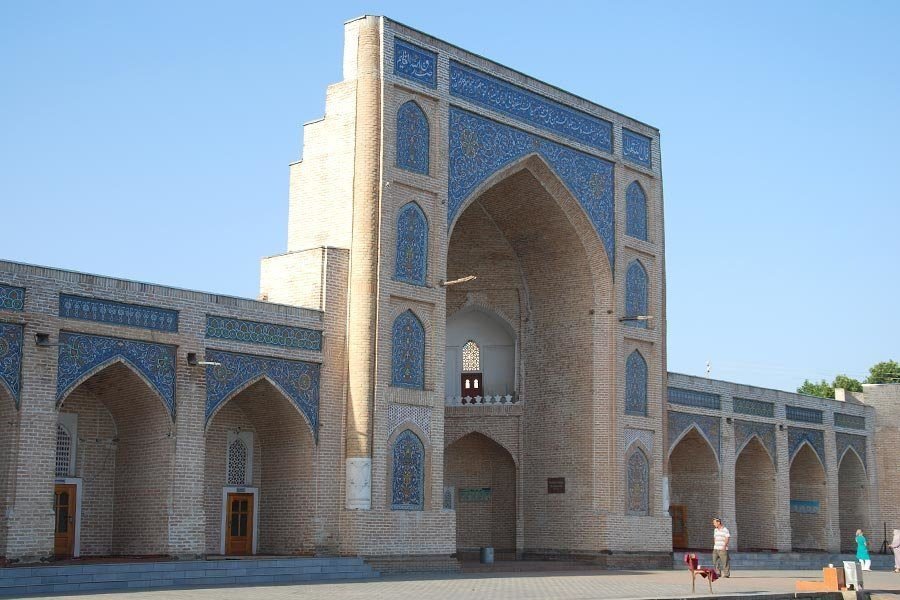 The Norbut-biy Madrasah is one of the earliest surviving buildings of the Kokand Khanate of the Norbut-biya madrasah (second half of the 18th century), built on Chorsi Square, in which students received higher spiritual education. This one-story building of a symmetrical courtyard composition represents a rectangle with cylindrical towers at the corners. A square courtyard with brighting corners is surrounded by vaulted residential chambers-hujras. The main entrance, allocated by the portal, is oriented to the north. More... 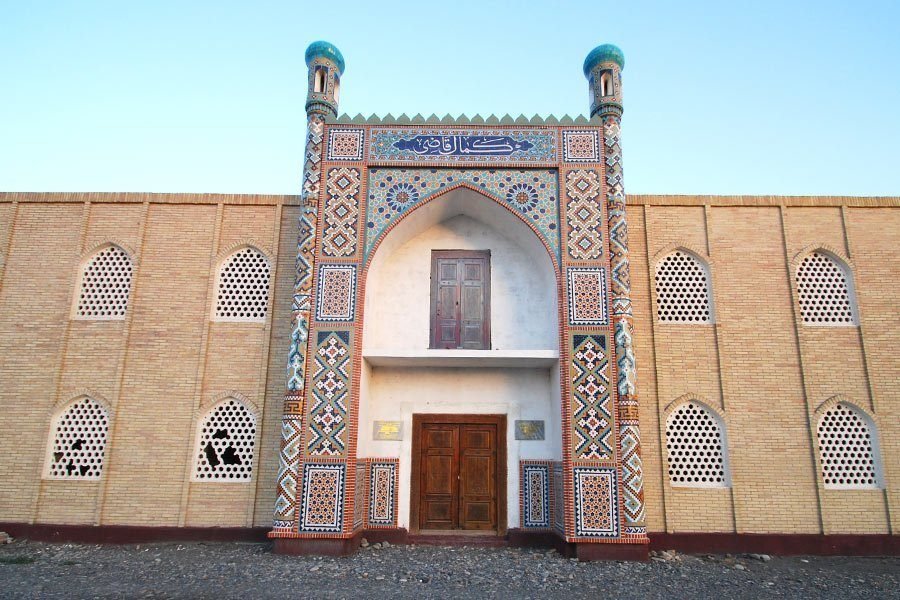 To the west of the Jami complex is the Madrasah of Kamol-Kazi, a Muslim institution of higher learning built in the mid-19th century, including a classroom (darskhona), small residential chambers (hujras) and the mosque aivan. In general, they make up a yard asymmetric composition. Particularly noteworthy is the entrance (darvozakhona), highlighted by a decoratively decorated portal with cylindrical towers at the corners and towering dome lights. More... 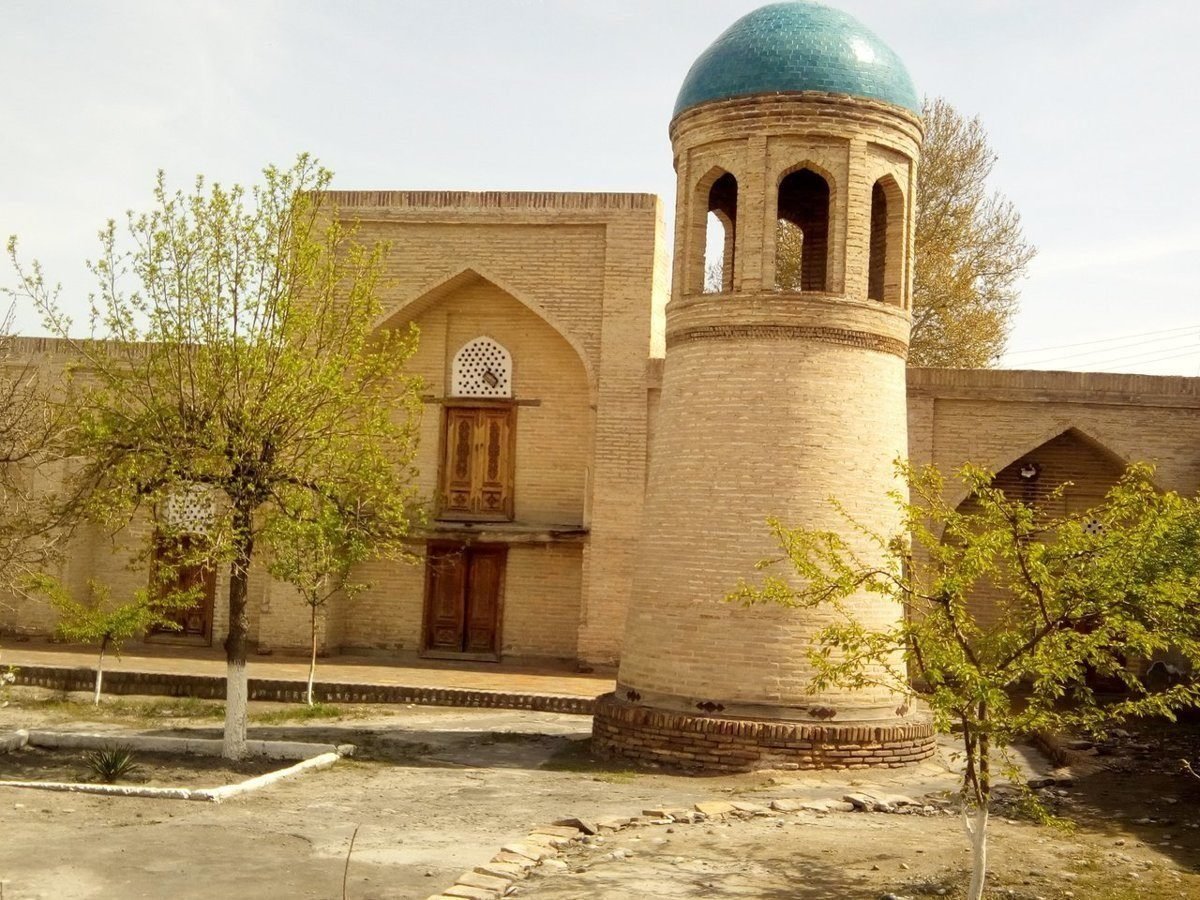 Miyön-Hazrat Madrasah, or Miyön Ahat, was built at the end of the 18th century in the southern part of the city. Miyon Akhat was from Peshawar (Pakistan), where, as his great-grandson Abdurahman told us, when he met the merchant Abdusamadbay, he and his family moved to Kokand. The main entrance to the madrassah - on the western side of the southern courtyard - is  a portal-domed. Darvozahona with wooden gates decorated with carved ornaments by local craftsman Iskander Khoja. More... 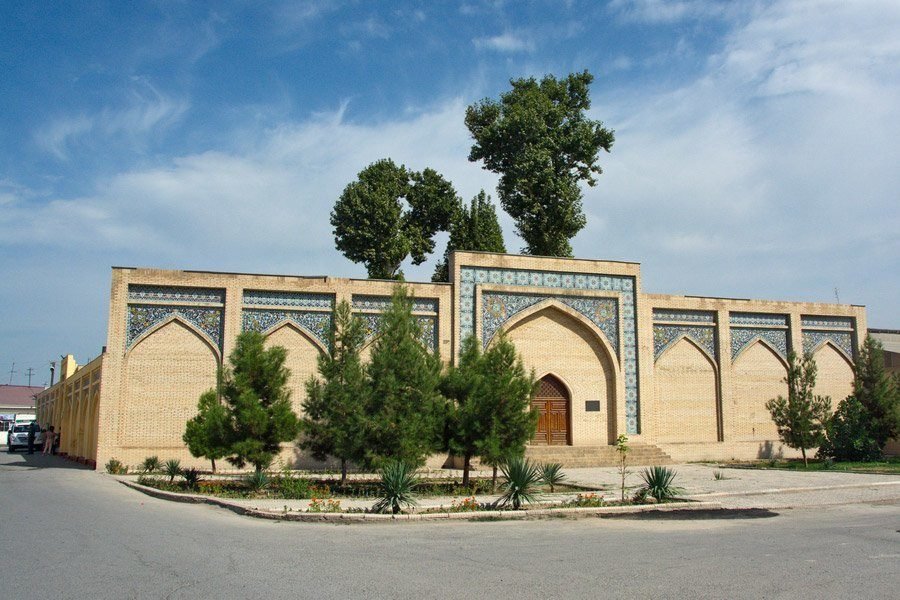 The Said Akhmad-Khoja Madrasah - built in the 19th century. Outwardly, it looks like other similar religious buildings of those times, located in the Ferghana Valley. The entire facade of the building is surrounded by a solid wall, divided into sections, which are decorated with drawings in the form of arrow arches. In the arch itself there is an entrance door through which you can go into the patio. There are aivan and a mosque. More...